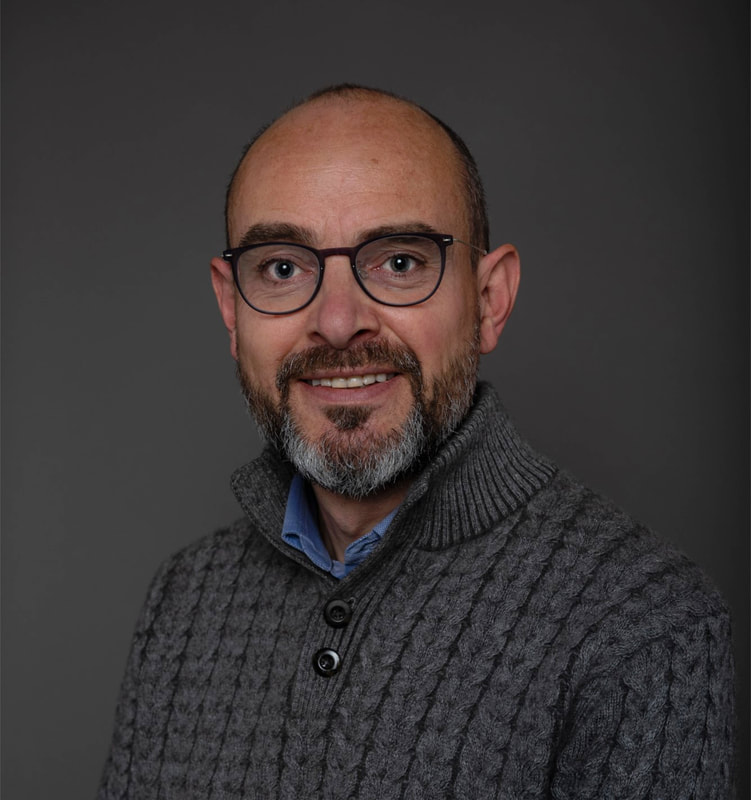 Gregory Dubus, self-taught French artist living in the Netherlands, discovered during his childhood the pleasure and the benefits of coloring. He evolved this technique to an art in its own right well beyond coloring that he calls 'Coloring Art'.

When he was a student, he produced his works on cardboard sleeves (Folders) and he decided to continue using this practical medium during his professional trips around the world working for very large international companies, hence the term 'Folder Art' which he uses when he speaks about this atypical medium.

He produces meticulous, timeless, and colorful abstract works composed primarily of a multitude of symmetrical and asymmetrical triangular structures and compositions, hence the term 'Triangle Art' which he uses when he speaks about this geometric form that he praises.

Since he uses the paper medium to produce his works, it allows him to make paintings of larger size and to develop a new artistic concept which he calls ‘Evolution Art’. This aims to completely transform his works produced previously and thus leads to a reflection on the recycling of a work of art, on its parenthood, its offspring, carrying forward traits combined with new ideas creating a kind of tree of life of works.

Analyzing these complex architectural compositions requires time, patience, and effort to discover their full richness. In this, they are an invitation to an emotional journey giving the opportunity to the observer to achieve a state of relaxation and inner peace, as is the case when the artist paints.

These works are a representation of his personality which is composed of a duality of ambivalent concepts that he tries to make coexist in harmony: Spontaneity and planning; Consciousness and unconsciousness; Simplicity and complexity; Distance and Proximity; Monotony and Diversity ... They also generate a reflection on our own complexity and on the quality of our relationship with others. 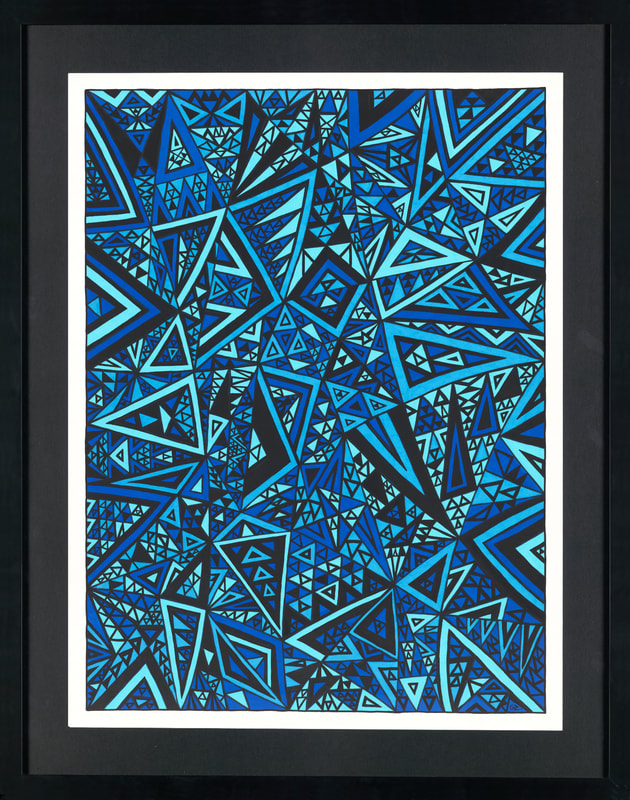 Gregory Dubus was first influenced by filling in coloring books that he loved to do as a child, hence producing fully colored paintings supported by black lines.

He also drew his inspiration from various 20th century artists for different reasons:

- Kazimir Malevitch: Abstract art, geometry and limited range of colors
- Auguste Herbin: Layout and language of forms
- Piet Mondrian: Structures and lines of force
- Victor Vasarely: Complexity and organisation of compositions
- Henri Matisse: Simplicity of artistic medium and forms
- Claude Monet: Impact of colour on the use of the same scene
- Paul Klee: Diversity of works produced
Copyrights: All artworks appearing on this website are the property of Gregory Dubus and are protected under International law. The artworks may not be reproduced, stored, or manipulated without the written permission of the artist.
Proudly powered by Weebly